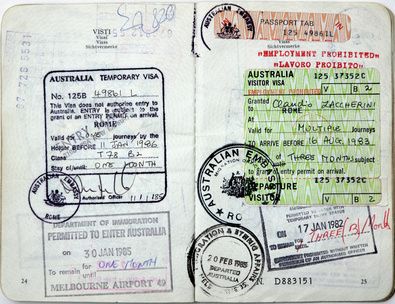 Australian citizens and permanent residents (as well as New Zealand citizens) may sponsor eligible family members for permanent resident visa status. The regulations involved are strict and waiting periods can extend for more than 10 years. Visas for certain family member categories are subject to capping and queuing, or imposed limits with waiting periods for applications received after category limits have been reached. However, exceptions to capping and queuing visa limitations may be made in extraordinarily compelling cases on compassionate grounds.

Eligible children must be under age 18, or under age 25 if enrolled as a full-time student in a post-secondary degree program. Dependent children who have disabilities that prevent them from working are not subject to age limitations. Children must also be single and not engaged to be married or involved in a de facto partnership relationship. They must not be employed full-time. Children must be the biological or legally-adopted offspring of one or both sponsoring parents. Stepchildren may also be eligible for inclusion under a family stream migration visa if the child is under age 18 and the sponsoring stepparent has legal responsibility for the child's care.

Australia has imposed especially stringent measures aimed toward the protection of children, included in migrant visa applications. Specifically, Prospective Marriage (fiancé) (subclass 300) visa applications where at least one partner is a minor are subject to police clearance before a visa will be issued.