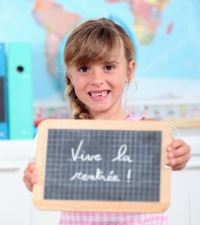 You will find below a list of the most popular international and bilingual schools for expats in Canada with fee information. It includes nursery schools, primary and secondary (high) schools and you will find the right school to prepare for International Baccalaureate, and other diploma in Canada.

There are also many private French schools throughout the country, including lycées and international schools that teach a different curriculum than public and Francophone schools in Canada. These schools generally follow France’s Ministry of Education’s curricula and/or the International Baccalaureate program, combined with provincial curricula. Students who attend these lycées and international schools benefit from a standardized curriculum, allowing them to move freely from one lycée in Canada to another, anywhere in the world.

With just over 1,000 students, the Lycee Claude was established in 1962 with the assistance of the French Embassy of Canada. The Lycee Claude offers 43 classes from maternelle (age 3) to terminale (age 18), taught by 68 multinational instructors with backgrounds in the French lycée system. This school offers International Baccalaureate and Advanced Placement programs within a French framework, and also instructs students in the history, geography, economy, and literature of Canada. Lycée Claude forms part of an international network of over 400 lycées, 8 of which are in Canada.

Founded in 1995, the Lycée Francais du Toronto is a French non-profit, non-denominational, co-ed school with over 400 students, including French children and those who wish to study in French. Knowledge of French is not a prerequisite for school entrance. The Lycée Francais du Toronto is governed by France’s Ministry of Education and offers a full range of grades in the French educational system (pre-school to grade 12). Students follow France’s national curriculum, and may also follow the Baccalaureate, French Baccalaureate, and/or Advanced Placement programs. Classes in English, Mandarian, Spanish, and Italian are also offered as extra-curricular activities and part of the school’s curriculum. This school belongs to a global network of schools dedicated to the academic programme of the AEFE (l’Agence pour l’Enseignement Français à l’étranger).

French citizens can apply for financial assistance when registering children at this school. Assistance is granted according to the parents’ income. French families living in Canada can also benefit from full refund of the tuition fees when registering their children in grades 11/ 12.

Established in 2000, La Citadelle International Academy of Arts & Science offers three years of total French instruction at the Kindergarten level, seven years of bilingual education at an elementary level (Grades 1 to 7), and instruction in a third language. As an IB World School, La Citadelle also offers the IB Middle Years Program (MYP) in both English and French to students in Grades 6 to Level II (Grade 10). La Citadelle’s five year secondary program (Grades 9 to 12/Level I to IV) is designed to assist students in achieving acceptance to a university.

Stanislas Quebec accepts students from maternelle to baccalaureat, and follows France’s Ministry of Education’s curriculum. Stanislas has 2,900 students, 400 of which are at its Quebec City campus. At the end of their students, successful students are awarded the Diplôme National du Brevet des Collèges (France) and the French Baccalaureat. Stanislas is a member of AEFE. Financial assistance, tuition refunds, and scholarships are available for eligible families.

Founded in 1938, Stanislas Montreal now instructs over 15,500 students from maternelle to collégial. Stanislas Montreal follows curricula from the Ministry of Education of Quebec, the Ministry of Education of France, and the International Baccalaureate Program. At the end of their education at Stanislas, successful students are awarded the Diplôme National du Brevet des Collèges (France), a Quebec Secondary School Diploma, and French Baccalaureat. Stanislas Montreal is a member of AEFE. Financial assistance, tuition refunds, and scholarships are available for eligible families.

The College International Marie de France is a non-denomination co-ed school, founded in 1939. CIMF educates over 1,800 students from maternelle (age 4) to collégial. CIMF is a member of AEFE and follows the curricula from the Ministry of Education of Quebec and the Ministry of Education of France. Successful graduates receive a Diplôme National du Brevet des Collèges (France), Quebec Secondary School Diploma, and French Baccalaureat. Financial assistance, tuition refunds, and scholarships are available for eligible French and non-French families.

The French International School of Vancouver opened its doors in 1997. EFIV offers a full-day preschool program starting at age 3, and the five French cycles of education up to a grade 12 equivalent. The EFIV curriculum also reflects Canadian linguistic and cultural reality with advanced English programs and courses in Canadian history and geography. EFIV is recognized by both Vancouver’s Ministry of Education and France’s Ministry of Education. Non-French speaking children are admitted up to the age of 5. EFIV is associated with a network of over 400 lycées worldwide, and is a member of AFSA, AEFE, and the Alliance Française.

For many other schools offering international education (including other languages such as German...) you can read our article on international schools in Canada.

By Jess Gerrow, who traded city life in Canada for island life in the Mediterranean two years ago. She is a postgraduate marketing student, blogger, and freelance writer.


The latest messages on the expat forums - Canada