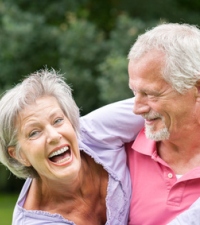 A pension is a contract for a fixed sum to be paid regularly to a person, typically following retirement from service. Retirement plans may be set up by employers, insurance companies, the government or other institutions such as employer associations or trade unions.

French social security is made up of diverse organisations collectively referred to as La Sécu, an abbreviation of Sécurité Sociale. Everyone working in France must contribute to the French Social Security system. Everyone is also entitled to benefit from social security without exception. This is called Couverture Maladie Universelle (CMU) or "health plan for everybody" with only .1 percent of people not covered.

Pensions are split into three levels:

Most people rely on the mandatory plans and do not have voluntary or private pension scheme.

Allocation de Solidarité aux Personnes Âgées (ASPA) or Minimum Viellesse is the minimum pension and is managed by Caisse des Dépôts (state bank). This is the first level of the 1st Pillar of the French pension system. Introduced in 1956, it is a non contributory system. The Retraite De Base is managed by the Caisse Nationale d'assurance Vieillesse.

The statutory retirement age for persons born after 1st July 1951, will rise progressively from 60 to 62 years. At the same time, the age of automatic entitlement to a full pension (statutory retirement age plus 5 years) rises to 67 for persons born after 1st January 1956. Persons with many years of service and who have a severe disability or who have worked in an unhealthy or physically stressful environment can claim their pension before reaching the statutory age, as early as 55 years old (in some rare cases, the age of 50).

They must be in residence in France or in the overseas departments and have insufficient resources. Benefits are also available for family members including a spouse, partner or partners bound by a civil solidarity pact (PACS).

The French system of Social Security is financed largely by contributions based on the wages of employees. Because of issues with the longevity of the social security system, new funding policies seek to broaden the base.

To calculate the benefits, take the average of the 25 highest paid years in your career (linked to inflation). The pension is 50 percent of this amount, though it is capped by the social security annual ceiling (34,620 euro in 2010). The current maximum pension at 50 percent would be 17,310 euro per year.

For example, for an individual born in 1951, the pension calculation formula would be:
basic salary x rate x total insurance period under the general scheme divided by 163.

The amount of the ASPA is revalued on 1 January of each year by applying the co-efficient of adjustment of old age pensions. These amounts are fully exempt from payroll taxes on pensions.

Supplementary pensions are compulsory for all employees subject to statutory old-age insurance, whether paid through the general social security scheme, the Agricultural Workers's and Farmers's Mutual Welfare Fund or the Miners' Scheme.

Under both schemes, 65 is the statutory retirement age for persons born after 1st July 1951. This rises progressively from 60 to 62 years. At the same time, the age of automatic entitlement to a full pension (statutory retirement age plus 5 years) rises to 67 for persons born after 1st January 1956. Persons with many years of service, who have a severe disability or who have worked in an unhealthy or physically stressful environment can claim their pension before reaching the statutory age, as early as 55 years old (in some rare cases, the age of 50). Some people may be able to claim a pension until age 70 if they petition for it and will receive an increase of their pension.

Pensioners must have contributed for at least 164 trimestres (quarters) which is about 41 years. They must be in residence in France or in the overseas departments and have insufficient resources. Benefits are also available for family members including a spouse, partner or partners bound by a civil solidarity pact (PACS).

Reforms have led to a progressive increase in the period of insurance used to calculate the amount of the pension:

Contributions are compulsory and are approximately 6.65 percent from the employee and 8.3 percent from the employer. In return for the contributions paid, employees obtain pension points on a monthly basis. These points give the right to a supplementary pension income at the legal retirement age. The pension will be financed by the contributions of those who are still working, and payment of the pension is guaranteed because the contribution by those working is compulsory. Management of the scheme is the responsibility of the Caisse nationale d'assurance vieillesse.

The calculation of supplementary retirement pensions is points-based. Each year, the amount of contributions paid on the basis of a reference salary or income is converted into points, taking into account the unit purchase value of the point for the relevant tax year. The pension paid to the employee will be contingent upon the number of points accrued during the total period of insurance of the employee.

Credit points are also taken into account. Credit points are credited for employment periods prior to the implementation of the scheme and for periods of illness of at least three consecutive months (for managerial and executive staff) or 60 consecutive days (for non-executive staff). The same applies if the individual was in receipt of a disability pension. Retirement points are also awarded for periods of receipt of unemployment benefits.

The annual values of ARCCO and AGIRC points are currently:

For people who do not qualify for a full pension, they may purchase additional trimestres which can be expensive, or take a reduced pension. This is determined according to the age at which the person retires and the number of quarters of insurance completed.

The pension will continue to be paid at the reduced rate from then on.

For individuals with the requisite period of insurance for a full pension who have continued to work after the statutory retirement age (between 60 and 62 depending on the year of birth), there is an increase in benefits. The rate of increase is 1.25 percent for each additional quarter.

The Plan d'Epargne Retraite Populaire (PERP) is a private pension plan that allows people to put away savings in a private retirement fund.

Contributions can be as low as 50 euro per month. The investor is eligible for an income tax credit for payments made into the fund. The deduction can be up to 10 percent of their revenues from professional activity the year before (after deducting 10 percent for professional fees). This deductions are limited to 8 times the annual amount of the sécurité sociale ceiling with the maximum deduction of 27,696 euro.

The payments made into the PERP are locked until retirement. At this point, the investment is used to buy an annuity which can be fully passed on to the surviving spouse on death. The only circumstances under which money can be taken out of the PERP before retirement is if the investor's business activity is ceased due to a liquidation judgment or if they contract an illness/disability that makes it impossible to work. It may be possible to recover some of the PERP in the case of divorce, or the death or incapacity of a spouse.

An Assurance Vie (different from insurance against death) is basically an insurance bond and another way to create a private pension fund. Withdrawals from an assurance vie contract are not required to buy an annuity and do not have to be held until retirement age. The premiums invested do not receive income tax credit or rebate, but withdrawals are taxed at very low rates. In addition, the French capital gains tax and income tax are not applicable if the funds remain inside the policy for up to 8 years. If an amount is withdrawn, only the growth element is taxable. Any gains are liable to social charges of 12.1 percent.

A benefit of a Assurance Vie is that is has a degree of portability and may be offered offshore. This allows a policyholder to move between countries with the French Assurance Vie policy being able to be converted to a locally tax compliant version.

Collecting a minimum French state pension is possible for expats who:

If you have worked in several EU countries, you will have accumulated pension rights in each country. When the time comes for you to claim your old-age pension, you normally have to apply in the country where you are living or in the country where you last worked. That country is then responsible for processing your claim and bringing together records of your pension contributions from all the countries you have worked in.

EU retirees over 60 going to live permanently in France aren't required to contribute to French social security, but must register with their local French Health Service (Caisse Primaire Assurance Maladie or CPAM).

If you're receiving a state pension in another EU country, you may be subject to an annual check that you're still receiving it. EU citizens who retire before qualifying for a state pension can receive French social security health cover for up to 30 months by obtaining a form E106 from their country's social security department. Applicants must have made full contributions in your home country during the last two years. If you're of retirement age but are still working, you may qualify for an E106 and obtain health benefits for up to 30 months.

How to make a ASPA Claim

To claim the pension you should start the process at least one year before the pension day. The ASPA should contact you automatically within 4 months of the date you may claim your pension, but you may contact them and request the paperwork before hand.

Pensioners are free to collect most private pension plans regardless of their geographical location. Consult terms of your individual plan for details.


The latest messages on the expat forums - France