Is the Shift in the UK Housing Market Attracting Expats? 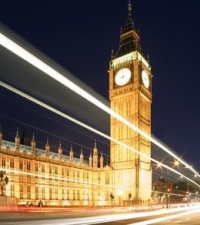 Recent statistics indicate that there’s been a significant increase in the number of expatriates purchasing housing in the UK – to be exact, sales of British housing to its expats has increased by 60% in the first half of this year according to recent research by Find UK Property.

It seems the most popular investments for British Expats are within the £55,000 to £70,000 range; the most frequently purchased property by this demographic is a two-bedroom house. Expats generally seem to be avoiding investing in London properties – Andy Noble from Find UK Property suggests this is likely due to the fact that properties outside of the capital, cheaper properties, generally have more potential for capital growth and allow the investors to be more flexible.

Could it be that expats are being drawn back to the UK due to the upturn in the housing market? The Help to Buy scheme – where with the government’s help only a 5% deposit is necessary to get on the property ladder – has aided the UK economy of late as has a general upturn in British economy generally. For instance, UK house prices has increased by 10.9% in April 2014 in comparison to April 2013.

Furthermore, growth in the UK housing market continues to rise and even exceed forecasted growth – almost doubling the expected figures as of August 2014. So will these expats be booking their international removals and head home? Well, many of the expats aren’t buying a home in Britain in the hopes of returning but actually to take advantage of the current state of the housing market and let the houses as a passive income. The UK is actually considered somewhat of a safe haven for buy-to-let scenarios due to the clear title of ownership and well-regulated selling laws.

This also helps to explain why investors from this group are tending to stay away from housing in London – a two bed house in London would likely cost round five times as much as in other locations (roughly £250,000 in London, compared to the average of £54,999 elsewhere) and the rental yield would also be significantly less – 3% in London whereas it’s likely to be closer to 8% in other regions of Britain.

If individuals have moved to a country abroad with higher wages for their occupation than in Britain and also manage to capitalise on the UK housing market then this could be a particularly profitable venture. What’s more they have somewhere to move back to easily if they ever do decide to return to the UK. Whilst on paper this may seem like an ideal set up it can be tricky to manage investments, let alone tenants from another country.

This marks an interesting trend in British expat behaviour and demonstrates the strength of the UK housing market attracting investors from across the global, especially those who originated from Britain.

This article was written by Laura Harrison on behalf of Abels International Removals.


The latest messages on the expat forums - United Kingdom