Driving: Life in the fast lane 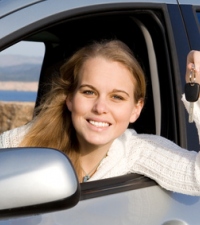 There’s something few consider before moving to another country: driving or, more specifically, how important one’s mortality is versus one’s desire to (literally) hit the road. I speak from personal experience, having lived in the Greek capital of Athens for 5 years, although my observations could equally apply to many Eastern European countries, South America, Asia and Africa where, for the unsuspecting expat, driving can seem bonkers!

In no particular order, I deduced that all of this occurred to:

It came as no surprise to learn that Greece has one of the highest rates of road-related fatalities in Europe and from the dubious safety of the passenger seat, I was convinced that I could never get behind the wheel of a vehicle in Athens without first undergoing a frontal lobotomy. I much preferred to play the role of humble passenger with a predisposition for imbedding fingernails into dashboard upholstery. There was nothing wrong with that. It put me in the enviable position of being able to absorb what was going on around me as I flew past wig shops, one dimensional wheel-flattened cats and a baby store curiously named ‘Mister Baby’.

But in time I was either brave or mad enough to challenge my driving fears head on (for want of a better expression). Within minutes of jumping behind the wheel of a car, I skidded off the road in an attempt to avoid crater-sized potholes at a speed of 100 kilometres per hour, joining all the other kids in our funny little game. I then narrowly missed a motorbike in my blind spot, to which its female passenger responded with an open palm thrust in my direction, a gesture known as moudza, which effectively means ‘*something off’, (* that ‘something’ being not very nice).

However, in a short space of time, I got the hang of things. And as nuts as it sounds, the kamikaze driving and flagrant contempt for the law felt strangely liberating. Now that I’ve learned a thing or two, I hereby bequeath Lana’s Top 5 Driving Tips in Places Where They Drive Crazily:

Lana Penrose is a bestselling author twice published by Penguin/Viking. Her memoir is called 'To Hellas & Back'. 'Kickstart My Heart' chronicles separation and divorce en route to new love and is something like Bridget Jones staggering through life with an axe through her head. Visit www.lanapenrose.com.au for more details.