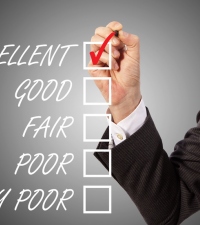 The ECTS (European Credit Transfer System) provides uniform credit across different educational institutions. ECTS grades make study abroad programmes easy to read and compare for all students, local and foreign, with respect for the marks of the host institution. ECTS is closely regulated and monitored by experts in order to modernise higher education in Europe.

Student workload consists of the time required to complete all planned learning activities such as attending lectures, seminars, independent and private study, preparation of projects, and examinations. One credit stands for around 25 to 30 working hours, with a student workload ranging from 1,500 to 1,800 hours or 60 credits for an academic year.

The ECTS grading scale is based on how the student performs relative to other students in the same class (or in a significant group of students). The ECTS system classifies students into broad groups, dividing students into pass or fail and then assessing the performance of these two groups separately. Passing grades are divided into five subgroups, with failing grades determined to be FX (Fail - some more work required before credit can be awarded) or F (Fail - considerable further work is required).

Learners are awarded ECTS credits only when appropriate assessment has shown that they have achieved the required learning outcomes for a component of a programme or for the qualification.

The host institution must provide the Erasmus student and their home institution a transcript of records confirming that the agreed programme has been completed and confirming the results. The Erasmus mobility period should also be recorded in the Diploma Supplement (provides a standardized description of the nature, level, context, content and status of the studies completed by its holder).