The Cost of Living in Spain versus the UK 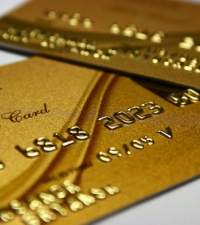 Spain is a very popular retirement location for British retirees. One of the many reasons for a move to Spain from the UK, aside from sunnier climate, healthier quality of life and slower pace of living is the cost. It is notoriously cheaper to live in Spain than it is in England – especially in the larger cities – but what type of costs are lower, and by how much?

Research comparing the costs of Spain and the UK has found that Spanish life is cheaper concerning accommodation, food, clothes, leisure, utilities, transport and education. But as well as cheaper prices, you may also find yourself spending less money once you’ve moved to Spain due to lifestyle changes. Estimated costs of living in Spain in comparison to the UK are between 30-40% less.

Salary Prices in Spain versus the UK

In terms of salary – the median monthly disposable salary after tax is 58.13% higher in the UK, and mortgage interest rate is 11% more in UK.

In regards to eating out – a meal at an inexpensive restaurant averages at £8.56 in Spain and £10 in the UK. At three-course meal for two at a mid-range restaurant is £34.25 in Spain and £40 in the UK. The biggest price difference in the eating out category is for a regular cappuccino. In Spain it is priced at £1.28 and in the UK it’s £2.30. Out of eight different comparisons, only two are less expensive in the UK.

Moving on to a comparison of prices in supermarkets, and out of 16 criteria, the UK is only cheaper for one thing, local cheese. 1 litre of milk is 0.69 p in Spain and 95 p in the UK. The biggest price difference is water, which is an average of 43p in Spain and £1.00 in the UK.

If you’re thinking of moving to Spain, property prices are going to be an important factor. Whether you use a property finder, or you initially rent with the intention of buying, Spanish properties can work out much cheaper.

When it comes to utilities, Spain is 63.48% cheaper than UK, but for one minute of prepaid mobile tariff it’s cheaper in UK, as it is for the internet, too. Mobile tariff is only cheaper by 0.74% though, so not really by much.

In the sports and leisure category, a monthly fee at a fitness club is 3.8% cheaper in Spain, and the cinema is also cheaper. To rent a tennis court for one hour on the weekend, however, is 2.69% cheaper in the UK. Also, whereas in the UK you may have spent free time going to the cinema or shopping, in Spain you may be more inclined to spend free days out at the beach and on walks.

When living in the UK you may have had to heavily rely on a car, this may not be the case once you move to Spain. Transport-related price comparisons are all cheaper in Spain than in the UK. A taxi has the biggest difference – with a normal tariff going a distance of 1k, it is 0.86p in Spain and £1.54 in the UK.

If you’re thinking of moving to Spain, always ask locals, expat bloggers and fellow expats in Spain on what their everyday prices are like, particularly the area you’re moving to or looking to move to.

By Anthony Bloom, who has first-hand experience of moving from the UK to Spain and runs a successful property business in Javea on the Costa Blanca coast.


The latest messages on the expat forums - Spain